Pictures by Jonathan Bridgland, commentary by Sir Hardly Anyone 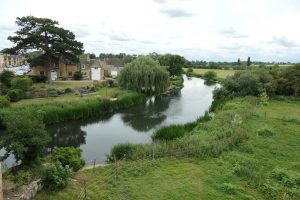 Now, at the heart of it is this.  With Peterborough Ramblers, water is rather important.  Not that every single walk is beside a river but we do have within our territory one rather large watery whatnot, and that is the Nene.

The Nene of course is not Peterborough’s river per se, as it rises (as it were) in three different places in Northamptonshire, before travelling 100 miles or so, including a part of the way in which it is the definitive boundary betwixt wild Northants and sophisticated Cambs. 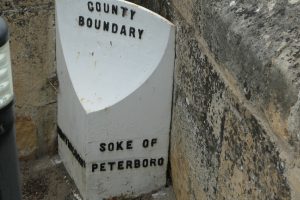 Overall it is the tenth longest river in the UK, 88 miles of which is navigable (from Northampton town to The Wash.

But I would not like you to start thinking that we only walk beside the river.  Rather it is the fact that there is quite a lot of it, so yes sometimes it plays its part.

On this occasion, we began in Wansford, which actually has the fulsome name of Wansford-in-England, although what else it could be in I really have no idea.

Anyway, our actual starting point was Wansford Old Bridge, which is only capable of taking one vehicle at a time but was once part of the Great North Road.  Originally there was a wooden bridge, but the floods of 1571 (of which they still speak hereabouts) knocked that out of the way without a by or leave. 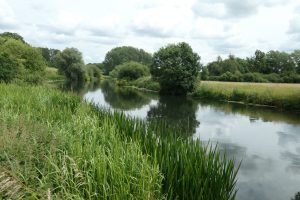 The whole road was moved to become the A1 so the village is now peaceful, but it is rather fun to note that the bridge built as part of the A1 in the 1920s is now a Grade Two listed building.  But we didn’t trouble ourselves with that because the Wansford Old Bridge which we crossed in the grand manner, goes one better as is now a Grade One Listed Building.  Take that A1! 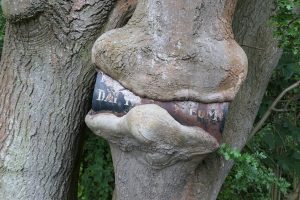 The whole road was moved to become the A1 so the village is now peaceful,

Part of the fun of Wansford is that you might think that a smallish town like itself has a parish council, but no, apparently it will have nothing to do with having just one parish council, for it has two two parish councils, divided by the river.

Indeed the final picture commemorates part of the Parish Civil War of 1935 which took place in the village.  But worry not, there is more to come.

The (rather wet) Deenethorpe Wallk: April 2022

Castor 2022: the walk in pictures (and occasional words)

Thinking of joining us on a walk for the first time? Please read these details