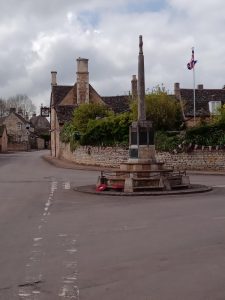 Easton on the Hill, as the name suggests, is indeed sited on a hill overlooking the Welland valley looking towards Stamford.

Twenty eight of us gathered adjacent to the Blue Bell pub, (flying the Union Flag in its large garden, pleasingly not upside down). 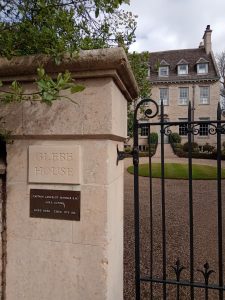 The last house on our route as we leave the village is the imposing Glebe House, the former rectory.

A plaque on the gatepost informs us that Captain Lancelot Skynner R.N. had lived here. Lancelot was captain of the frigate H.M.S. Lutine and on 9 October 1799 the ship, carrying approximately £1.2 million worth of gold, was lost in a storm off the coast of North Holland.

There was only one survivor and Captain Skynner went down with his ship.

The gold was in the main unrecovered but the ship’s bell was, and was duly placed in Lloyds of London insurance underwriters where it became the custom to be tolled once for a ship overdue and twice for its safe arrival. 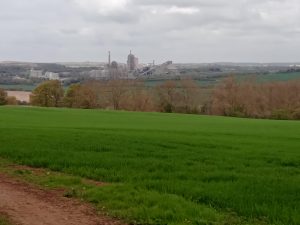 We follow a long track downhill to the railway line glimpsing on our left the mighty Ketton cement works.

The quarries and industrial buildings cover an area of about 3 square kilometres, within the rolling farmland.

Crossing the main rail line we follow the route of the slow flowing River Welland as we head towards Stamford.

We actually pass through very few towns on our walks but Stamford (pop. approximately 21,000) is probably the most attractive. 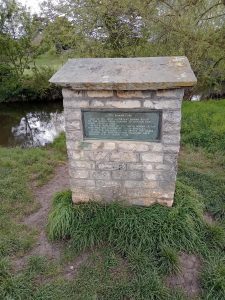 Approaching the town, next to the river, we see a monument with a plaque marking the site of the ford crossed by the remains of the Ninth Roman Legion in A.D. 61 pursued by Queen Boadicea.

Good for Boadicea I say! 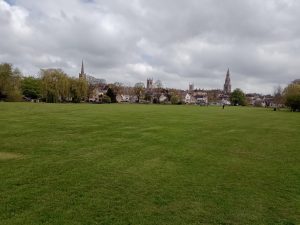 We cross the meadows towards the town with the skyline featuring four out of five of the large churches in the town, not all of them now used for worship.

(There are of course other smaller churches available). 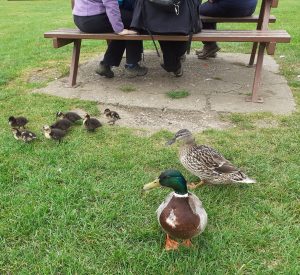 We take our short break on Town Meadows before heading south out of the town towards Wothorpe.

There are some very large light sandstone new build houses and an enormous gym under construction for the nearby school, all immediately adjacent to our route.

Care has been taken to ensure that the route of the public footpath, while slightly re-routed in places, has not been disrupted. Indeed; overall it has been generally improved.

The impressive Wothorpe Towers was a lodge built in the 17th century by Thomas Cecil, the eldest son of William Cecil, 1ST Baron Burghley, chief fixer for Queen Elizabeth I. 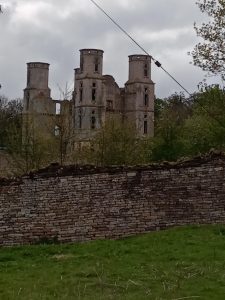 The building was partly dismantled back in the olden days and today the current owners have placed the monument in the care of the Wothorpe Towers Preservation Trust which is currently restoring the gardens and surrounding buildings.

Leaving the tower behind we enter the final part of our 5.5 mile walk, crossing the busy A43 before entering Easton from the South.

Easton on the hill: the end of the walk and the aftermath