Having been born and brought up in London many of the attributes of the countryside that I discover on the Peterborough Ramblers walks are new to me.

Grass, rivers, animals, all those sorts of things.  And this is one reason why I am eternally grateful to Peterborough Ramblers for showing me exactly what this thing known as “the countryside” is all about.

And indeed it is not just the vistas I value, but the carefully given explanations and definitions, given in a careful and considerate manner by fellow walkers,  that I find so helpful.  As with the opening picture from what I think is the final collection from the Wansford Walk, clearly explained to me through the sentence, “This is a shed.” 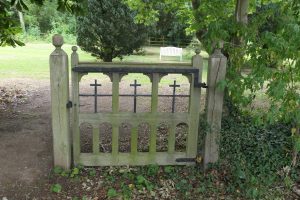 I think there is some writing to the left of what I think is known as the gate, but I can’t make that out.  If anyone remembers what it said, please do write in.  I think it might be “Do not open this door” but on that I cannot be certain.

Our second picture also shows what again I take to be a gate, but this time I am puzzled and no one has come forth to depuzzlify me since why would one put a gate next to an open pathway? 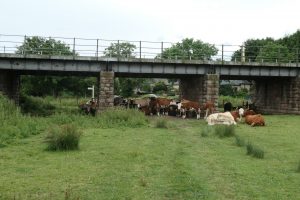 But such are the ways of the country that townsfolk such as I, will, I fear, never get, no matter how we try.  Nor indeed how many commas we try to squeeze into one sentence.

The cows on the other hand I do get.  They don’t have gates to open largely because of the two toe cow hooves they all wear on their feet. 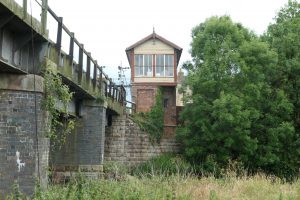 Now in the fourth picture we have neither gates nor cows nor even sheds, but rather a bridge, the purpose of which will not become clear at this time.

The object in the middle of the picture I am reliably informed is the boat the Mi Amigo, which was used for broadcasting purposes by Radio Caroline in the 1960s and was swept ashore by the great flood of 1830 (or half past six as it is known in old money). 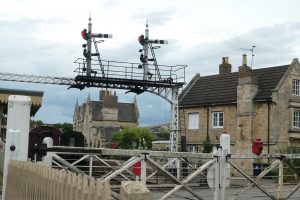 And so we move on to houses.  And indeed we have two houses in today’s collection.

One had restricted access as obviously it was inhabited by a curmudgeonly old man who would only allow his wife into the house on occasions for fear that she would discover his mistress and thus only built half a house.

So he would raise the two sticks on posts that can be seen centre stage to show the mistress it was safe to enter, but lower them to suggest to the lady wife that there was flooding and it was not right and proper that she should come within. 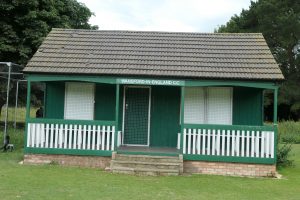 Of course not all houses were of the same design or size.   This next one was for a smaller family which did not engage in hanky-panky, as the residents of the 19th century called it.

And finally we have the letter P which was invented because previous to that everyone had to queue up. 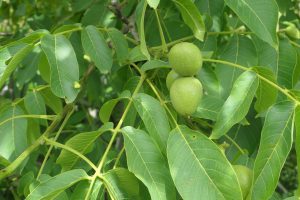